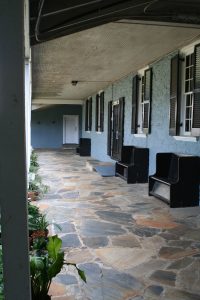 The merciful quickly grasp the truth in their neighbors when their heart goes out to them with a love that unites them so closely that they feel their neighbor’s good as their own. Their hearts are made more clear-sighted by love and they experience the delight of contemplating the truth, not now in others but in itself; and for love of it, they bear their neighbors’ sorrows. You will never have real mercy for the failings of another until you know and realize that you have the same failings in your soul. Our Savior has given us the example: he willed to suffer that he might know compassion. To learn mercy, he shared our misery.

Do not say that he became wiser by such experience, but he was seen and closer to humanity. And the frail children of Adam, to who he was willing to give the title and reality of being brothers, would have less hesitation about laying their weaknesses before him, who as God, could heal them–as one close would heal them; as one who had suffered the same would understand.