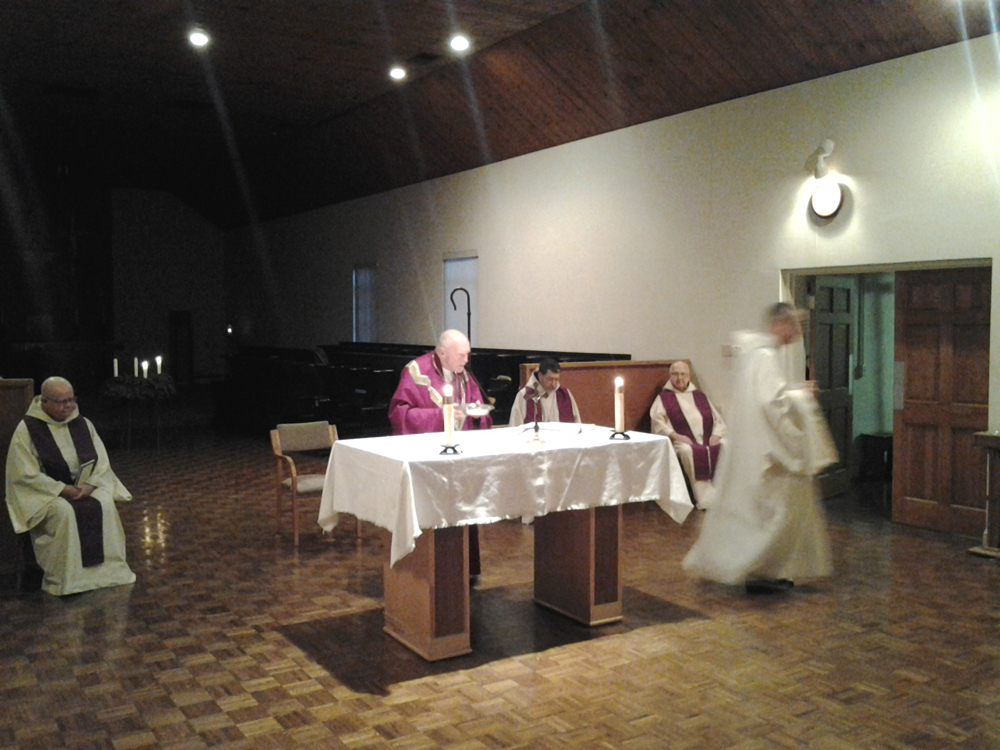 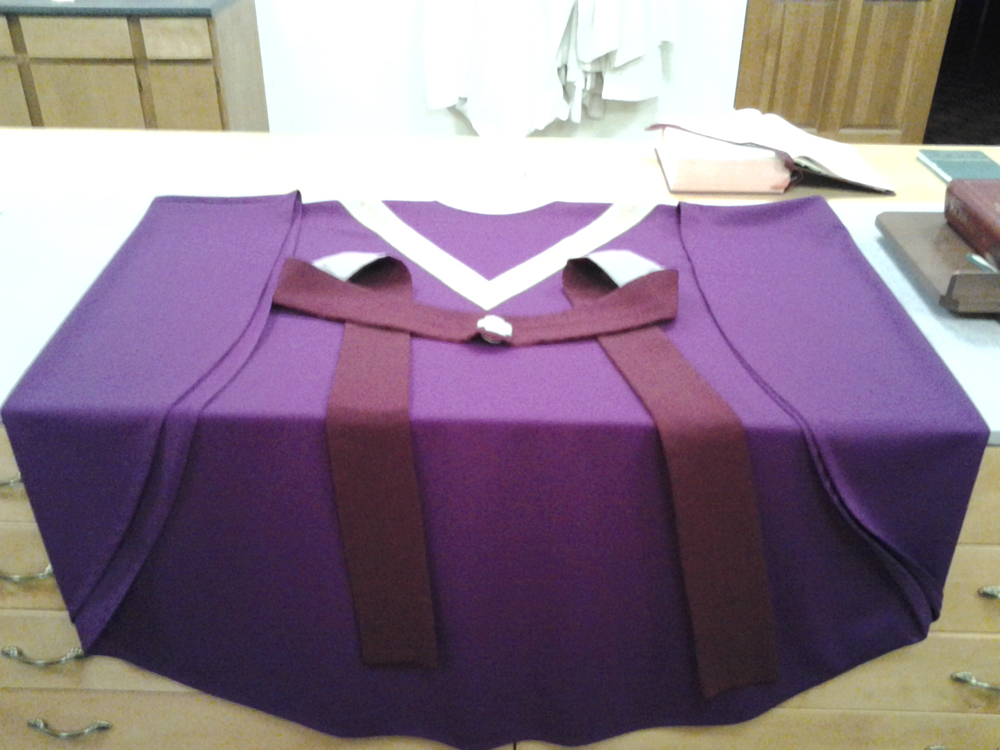 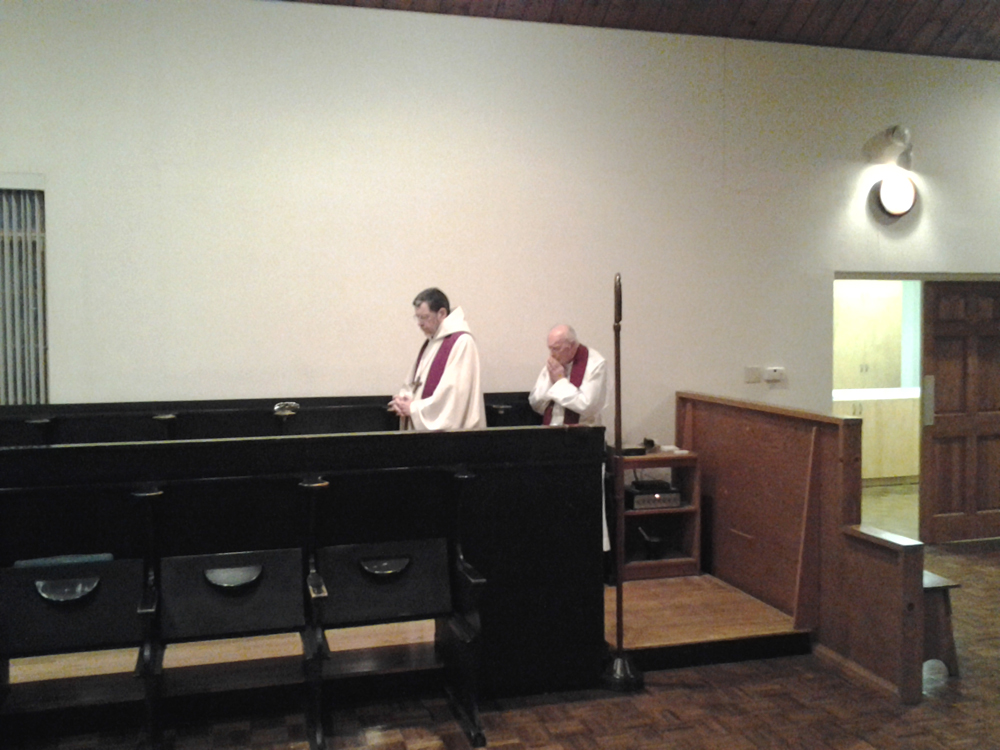 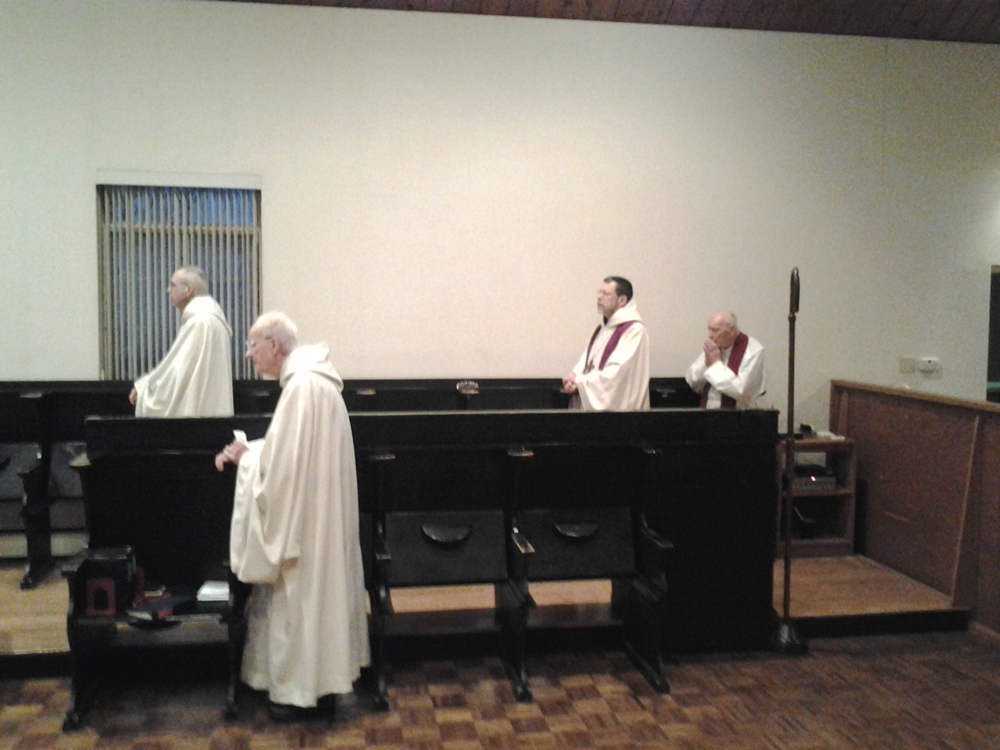 [Show picture list]
The community was thrilled to have Cardinal Theodore McCarrick take his retreat at Our Lady of the Holy Cross Abbey last week.  Here’s some information on the Archbishop:

In 1981, Pope John Paul II appointed him the first bishop of Metuchen, a newly established diocese in New Jersey, and in 1986, he was named archbishop of Newark. In January 2001, he was installed as archbishop of Washington, a position he held until May 2006. In February 2001, he was elevated to the College of Cardinals.

The Cardinal thoroughly enjoyed his time with us at HCA at one point saying “I love this place.  I should probably stay here!”  Of course, we encouraged him to do so and told him he would make a great novice!  And later in the sacristy he told the Abbot “if I stay here I don’t have to shave my beard.”  His six day ‘stubble’ was finally beginning to show, he said.

On Saturday December 15th, the Abbot invited him to be principal celebrant at the Mass which was also a thrill for the community.

Just before the mass ended he said:

“I hope you will allow me to break the silence. But I wanted to say thank you to the community for this perhaps my best ever retreat.  You have welcomed me into your home and put up with my not knowing whether to go up or down in the chant and nobody has complained.  Thank you.  I promise to come back and must tell you that if I could I might ask to be admitted to the community though I doubt I could pass your rigorous standards tests.”

The community thanked the Archbishop and encouraged him to make HCA his retreat home.