Holy Cross Abbey in Berryville, Virginia has demonstrated its commitment to metal recycling in a big way. In February, 2012 the community of Trappist monks joined forces with Superior Silos, a Mennonite firm in Lancaster, Pennsylvania, to dis-assemble two Harvest-Store silos no longer used by the monks for re-assembly and use at a Mennonite farm in Kentucky.

The two large silos, measuring 70-foot high by 30-foot wide, were erected by the monks in the 1970’s to hold silage for the monastery’s cattle operation. While the cows still grace the Abbey’s fields, the economics of increased fuel costs necessary to dry silage in the huge structures combined with changing farming practices by the farmer who now runs the cattle operation left the two silos unused for the past several years.

After searching for a way to reuse the two silos rather than simply tearing them down, Holy Cross Abbey was eventually referred to Superior Silos. Soon, a team of a dozen Mennonite men were on-site at the Abbey to remove the two silos. 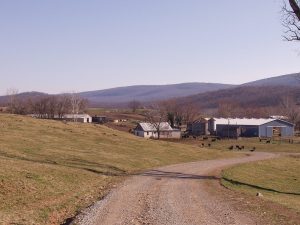 Dis-assembly of the two silos, which remarkably was performed in a single day, first involved using a large construction crane to lift the silo from its five-foot thick concrete base. Next, the Mennonite men used air-powered tools to remove the thousands of bolts holding the panels together.

As each ring of panels was removed, the crane operator lowered the silo so that the men could gain access to the next row of panels. The dis-assembled panels were then loaned onto a flatbed truck for the trip to Kentucky where a different team of Mennonite men will re-assemble the silos.

“We are very pleased to know that our silos will continue to be used for farming” said Holy Cross Abbey abbot Father Robert Barnes who was one of the monks who helped to originally assemble the silos more than 30 years ago. “We no longer had a need for them here so it’s good to know that someone else can use them.”